On the internet, no-one can hear you scream: A guide for virtual Shut Up and Write 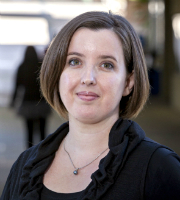 Dr Siobhan O’Dwyer is a Research Fellow at Griffith University (Brisbane, Australia) and the founder and host of Shut Up & Write Tuesdays, an online writing workshop for academics and postgraduate students.

Shut Up & Write Tuesdays began as a single Twitter account in 2013 (@SUWTues), and has since expanded to include two other accounts (@SUWTUK – servicing the UK and Europe; and @SUWTNA – servicing the US and Canada) with an international following.

When she’s not helping people write, Siobhan’s research focuses on the wellbeing of people with dementia and their carers. She tweets at @Siobhan_ODwyer. Her ORCID is 0000-0003-4022-1943.

Writing is a central part of academic life. We write to propose new projects, to secure funding, and to share our findings.

We also write to explore our own ideas, to critique the ideas of others, and to vent our frustrations.

But for something that’s so essential to our practice as researchers, writing receives remarkably little attention.

The academic business model views time to write as a luxury, not a necessity.

Rare is the academic or postgraduate student who has ever received explicit training in how, where, and when to write.

Because writing is an inherently private act, we rarely get to see how others do it.

Shut Up and Write, however, is starting to change all that.

What is Shut Up and Write?

Shut Up and Write started in San Francisco as a way for writers to structure their time and write with others. The formula was simple: meet in a convenient location, write in silence for a while, and catch-up over coffee afterwards. Academic folks have embraced the idea (see Mewburn, Osborne and Caldwell in Aitchison and Guerin, 2014) and discovered that it’s a great way to quarantine time for writing, develop a regular writing practice, learn from others, and make progress on thesis chapters, journal articles, and grant applications.

Why do a virtual one?

Although writing with others in a coffee shop or pub is a productive and positive experience, it isn’t always practical.

Some people live in rural or remote areas, others are based at interstate or overseas universities, many juggle academic work with caring responsibilities, and most have to squeeze writing in around teaching commitments. Shut Up and Write Tuesdays was born out of this very dilemma.

I was part of a ‘real world’ Shut Up and Write with colleagues from three universities in Brisbane. I loved the dedicated writing time and the moral support, but because we rotated our location across the three universities, I would often spend the better part of a day travelling and only have any hour’s writing to show for it. There had to be a better way!

A virtual Shut Up and Write eliminates the need to travel, making it easier to fit writing in around your other commitments. It also helps you connect with people from all over the world, giving you the opportunity to learn from people outside your discipline, build new networks, and be part of an international community of practice.

Across the three accounts, our participants range from postgraduate students to full professors, and come from disciplines as varied as history, microbiology, politics, drama, neuroscience, education, and law. Consequently, the opportunities for learning, collaboration, and support far exceed those of a ‘real world’ Shut Up and Write.

Although I think Shut Up and Write Tuesdays is awesome, I’m willing to concede that some people might like to write on other days of the week, or need to write more than once a fortnight!

If you’d like to host your own virtual Shut Up and Write, here’s a few instructions to get you started:

A few words of warning

A virtual Shut Up and Write is a great way to protect or commit to regular writing time, to learn from others, and to develop supportive networks, but it does have its limitations.

First, Twitter is a gateway drug. It might start innocently enough with a panda video between paragraphs but, before you know it, you’ve seen every post on What Would Yeezus Wear, you get a contact high typing OldLoves into the search bar, and your colleagues are calling AcademicChild Services because your paper has been so badly neglected. If you want to do a virtual Shut up and Write, but have trouble staying focused, a program like SelfControl (which restricts your internet access to only designated websites) might help.

Second, there’s no food. As any anthropologist will tell you, food is an important part of most human rituals and Shut Up and Write is no different. Unfortunately, I don’t have a solution for this (if there was a way to send cake and coffee through the internet, I would have found it!), so you’ll just have to consider yourselves warned.

Third, a virtual Shut Up and Write doesn’t offer any feedback on what you’ve actually written. So, if your problem is not how often you write, but what you write, you might need to find alternative sources of support.

Finally, if you’re hosting, don’t expect to get much writing done. Even using HootSuite to program the regular tweets for Shut Up and Write Tuesdays (so that I’m only spending time responding to individual participants), I rarely get any of my own writing done during the sessions.

So, now you know the what, have some ideas for the how, and have been warned about potential pitfalls. The only thing left to do is shut up and write!