How having kids made me a better academic 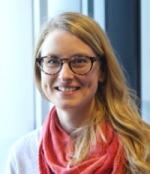 Sarah Hayes is an urban archaeologist and material culture researcher who focuses on the role possessions play in quality of life and social mobility. Her current research traces the material life trajectories of individuals and families during Victoria’s gold rush.

She is a current holder of a Discovery Early Career Researcher Award (DECRA) and Senior Research Fellow at the Alfred Deakin Institute for Citizenship and Globalisation, Deakin University.

Sarah has written for The Conversation and tweets from @SarahHResearch.

I suffered a serious lack of academic mojo when I came back to work after maternity leave for my second daughter.

I’d had to start her in childcare two months before my maternity leave ended so we wouldn’t miss out on a spot and, as is inevitable when a small kid starts childcare, she was constantly sick for about four months. Throw in her asthma, and you can imagine what a stressful time it was. The snowballing of head colds meant she weaned herself overnight at ten months (it might sound silly, but this was to be my last baby and the sudden loss of that closeness with her hit me hard). Though she had been a good sleeper, all the illness meant I was back to an average of three hours’ sleep a night.

The demands of modern academia are complex and at times frustrating. I found myself heartily questioning the purpose of my research and whether I wanted to be an academic. Archaeology wasn’t going to save any lives, so why exactly was I putting my daughter through all this childcare-induced illness?

This was three years ago now, but I clearly remember sitting on the couch at home with a notebook, a few favourite books by favourite authors at my side, and trying to find my why as a parent and an academic.

In that session, it became burningly clear that my current approach to my job wasn’t working for me. Up to this point, I had been trying to tick all the academic boxes, follow the lead of senior colleagues and produce the kind of work that was expected of me in my discipline. There was no creativity and not much joy in it, but plenty of second-guessing of myself and feeling inferior to colleagues.

As I thumbed through my favourite books, I found this passage by historian and anthropologist Inga Clendinnen:

‘I had begun to write, or to try to, as my children grew older and because I knew that I should, but at first I had been paralysed because I could only imagine my potential audience as a handful of scowling academics. Then suddenly I began to write quite tough, specialist history, deciphering documents, reconstructing episodes, with no anxiety about audience at all… I would not take it as my duty to rehearse the historiography, or to advance the particular discussions dominating the fields at the time… Instead I would write in the hope of seducing an intelligent, non-specialist audience… into thinking about the issues that I cared most about…’ – Inga Clendinnen Agamemnon’s Kiss p.22-23.

This quote from Clendinnen gave me permission. Permission to determine what my own priorities were, and to critically question the value and contribution of my discipline and research. Perhaps, more importantly, it gave me permission to think about what I might like to do or achieve with my work, and what I wasn’t willing to do.

The precarity of academic work is a constant mindf**k. It fuels self-doubt, imposter syndrome and fear for your future – especially if you have carer responsibilities.

This is where I had choices to make. Were there things I wanted to do in academia that I couldn’t do elsewhere? I’ve worked in a butcher shop, insurance agency, bookstore, on fringe and film festivals, and in public service. But I left all those things to pursue academia and there are very good reasons for that choice. While academia isn’t all rosy and there are systemic challenges, it’s a hell of a lot more fulfilling and rewarding than stuffing envelopes at that insurance agency, it’s less frustrating than the bureaucracy of the public service and much less messy than the butcher.

It was a very good thing to stop at this moment and actively make the choice to stay, not just stick around because I felt I had no other choice.

What did I do next? I wrote a list.

I had a career plan as part of my performance plan. Inspired by this, I sat down and wrote out a ‘Top 5’ priorities list for staying in academia that was all about me. Not performance or outputs or impact. It was written just for me, not for my supervisor or the institution’s performance plan.

Looking at this again three years on, I wouldn’t change the list and am still working on all these things.

Now that my kids are bigger and we are out of the baby phase I allow myself to tilt: a more realistic alternative to achieving work/life balance. Balance can often add oppressive layers of stress when trying to manage everything perfectly every day. Tilting acknowledges that there will be times when carer responsibilities will demand more attention and other times where you need focus intensively on work for a while. Perhaps balance will be achieved over the course of a year, but rarely on a given day or week, and that’s OK. In fact, it’s far less stressful.

I cannot tell you how much difference it has made to have those priorities written down. I refer to them constantly. If a phone call came in from my child’s childcare centre mid-meeting, I could refer back to the number one item on that list, make the decision to leave and dash to childcare and suffer far less anxiety around the decision. Surely, people would understand? And, if they didn’t, that wasn’t a reflection of my work ethic or dedication. If a request came in to give a talk or write something, I could refer to my priorities and make my decision based on whether it aligned with one of my priorities, whereas before I would have just said ‘yes’.

There are challenges to mixing academia with kids: conference travel, the difficulty of taking on a teaching role when you are the primary carer, the fog of sleep deprivation, leaving your brilliant flow to make the mad dash to childcare before closing time, not being able to attend academic events outside of office hours, the countless cancelled meetings, etc.

However, I can see some very real benefits to my academic life post-children.

Knowing that my kids are my number one priority has oddly given me the confidence to go beyond fulfilling what I’m told to do and ticking off expected tasks, to backing my own judgement and intuition instead. If I’m not spending my days with my girls then I’m sure as hell going to make what I do at work count as much as I possibly can. I focus much more now on the process and my contribution and I am more willing to take risks (such as apply for an award, seek out new mentors, or apply for a new job).

Then there’s efficiency: when I was doing my PhD, it would take me three hours of reading, responding to emails and pfaffing around before I would start writing. Now, I’m at my desk at 8am and writing by 8.05am. One hour is a completely different period of time.

If I hadn’t had kids I don’t know that I would have stopped, taken stock and questioned what I was doing so deeply. Without that stressful time returning to work after my second, I don’t think I would have had the guts to call some of my own shots and decide my own priorities. It’s a much better head space now.

Whether you have kids, or are a carer, or even if you don’t and aren’t, I would highly recommend stopping, taking stock and figuring out your why.