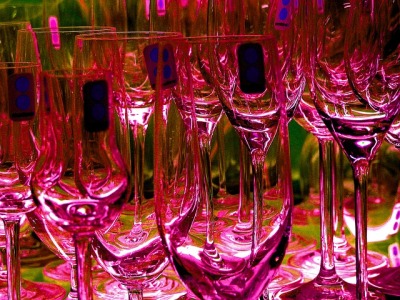 Those of you who know me, or have heard my rants from afar, will know that there are several things that send me into major hobby-horse mode.

One of them is open plan offices, another is conference dinners.

There may be some furrowed brows at this stage.

Conference dinners? Don’t people go to them to eat good food, have fun, and get to know one another better? Isn’t it just one of those blurred professional / social things you do as part of a conference? Who doesn’t want to dance? Why would anyone have such weirdly negative feelings about a conference dinner?

Well, I’m so glad you asked.

When I wrote It’s not you, it’s me, and included a conference quiz that Inger Mewburn (an avowed extroverted type) and I (a mostly introverted type) filled out, this was our answer to the conference dinner question:

I’m not just a bit conference dinner averse; I avoid them where possible. Occasionally, when I’m convening an event, I have to attend the conference dinner. Or friends force me to go with them (after assuring me there will be an escape hatch – escape hatches are extremely important). Why am I this way? It has a lot to do with previous bad experiences at conference dinners (stuck with incompatible people for hours in uber-awkwardness, expensive bad food, awful meal-side entertainment…), and the ongoing forced socialisation aspect that has never sat well with me.

I love going out to dinner with certain conference people. To a place we choose. To do things we like.

So, as a biased non-participator of conference dinners, what’s with this post about them?

I think of it as a bit of an anthropological exercise. My spontaneous and only-open-for-a-day survey the other weekend brought lots of confirmation that my twitter echo-chamber is populated by many of the same persuasion as me – others who hate conference dinners, and never go.

I’m very interested in what people consider a great conference dinner, because I know they do happen. Many thanks to the 45 or so people who answered the survey, provided information via direct messages, or commented on my Facebook query.

Some of the answers were very entertaining – dare I say more entertaining than some conference dinners I’ve been to…?

Some basic stats about the respondents:

Now, we get to the heart of the survey: WHY did people consider these conference dinners great ones? I asked respondents not to consider particular friends or colleagues who may have been there, but to focus on the event itself.

For those who are contemplating organising a conference dinner, the elements below appear to be the ingredients that make a great one:

Many respondents flagged good eats as an integral part of a great conference dinner, including several mentions of the benefit of sharing larger plates (e.g. Chinese or Italian restaurant style) or small taster plates (e.g. tapas) to generate conversation and ease. Moving through food spaces was found by one academic to be good for establishing informal and dynamic chat that led to a comfortable social evening.

One academic, whose great conference dinner experience was at Eataly Milan (“3 levels of different food outlets with small food samples to try. e.g. pasta stall, pizza stall, gelato stall, etc”), talked about these very elements: “Everyone was up and mingling instead of seated at round tables with the same people all night. And if you didn’t know anyone you could talk to the food stall people, and comparing foods was a great conversation starter.”

Others talked about how being served local cuisine opened up conversations about regional differences and comparative food cultures. The most amazing dinner description goes to Francis Maravillas’ story about a food studies event (natch): “Prior to each course (of the 8 courses) a Danish sake expert offered a short description and history of the sake served, and why the dish it was paired with was chosen. These pedagogical moments contributed to the dinner conversation at the table and the sake expert’s claim that sake is not dependent on terroir soon became the subject of some discussion and debate” (for Francis’ full comment, see * below).

One of the most consistent things to dislike of conference dinners (or any work dinners, really) is getting stuck with people you don’t like for an entire night. They might be boring, arrogant, sleazy, loud, low-talkers, and / or without a sense of humour – basically, you have better ways to spend those 3-4 hours of your life.

Various seating and event format types were mentioned that allowed easier and varied mingling, and the ability to escape from undesirable company: cocktail-style, standing around small tables; long bench tables or smaller tables (of, say, eight people) to encourage conversation, with smorgasbord or self-serve food stations; and activities interspersed with eating, so you’re not with same people all the time.

At a recent conference, La Trobe University higher degree researcher Emma Hughes (@melbtheatregrrl) said that she had to chase her food:

“The most memorable conference dinner I have ever attended took place as part of Performance Studies International’s (PSi) ‘Performing Mobilities – Assembly’. The Symposium represented the Australian regional cluster response to ‘Fluid States – Performances of Unknowing’. The conference dinner was delicious, it was catered by Tamil Feasts. Furthermore, it was mobile. Symposium participants and organisers moved tables around the space at the RMIT Design Hub Level 10 longroom. Mobilities were performed with dinner as I pursued my food across the room.”

Speaking for myself, I’m much more likely to attend something if I know I won’t get stuck and can choose who I want to hang with.

Another aspect of the seating format is a mixing up of the diversity of attendees. So, not whole tables of profs or higher degree researchers, but a blend of people at various stages of their careers, academic and non-academic colleagues, guests of the conference at various tables (not at a ‘head’ table). A big part of whether someone enjoys a conference and its social events stems from their feeling of being included. This was mentioned several times in the responses – events that were not too formal or observant of (entrenched) academic hierarchies fared well.

There are two other aspects that I’ll be discussing in “Great conference dinners – Part 2”, including the answers to the all-important questions ‘Have you ever been to a conference dinner on a boat?’. Stay tuned…

*  Here’s the comment in full from Francis Maravillas (University of Technology Sydney):

“The dinner was unique and one that I have never experience before. The menu consisted of 8 courses that paired 8 Nordic dishes with 8 different kinds of sake. This pairing was delicious and complimentary, bringing together the clean, subtle flavours of both Nordic and Japanese cuisine. The head chef and owner of the restaurant used to work at Noma and this was reflected in the dishes served – which drew on the tradition of curing, smoking and fermentation, and the use of locally sourced, foraged and seasonal ingredients. Prior to each course a Danish sake expert offered a short description and history of the sake served, and why the dish it was paired with was chosen. These pedagogical moments contributed to the dinner conversation at the table and the sake expert’s claim that sake is not dependent on terroir soon became the subject of some discussion and debate. The 8 varieties of sake were served in wine glasses (so that we can see its colour and experience all facets of its aroma) and this enhanced the dinner conversation immensely, particularly towards the end of the night. It was a deliciously apt dinner for a food studies conference.”