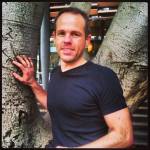 Adam Micolich is an Associate Professor in the School of Physics at the University of New South Wales. He has a long­standing interest in issues affecting early and mid­-career researchers, some of which he has written about on his blog “Fear and Loathing in Academia“.

In this post, I share the key lessons I’ve learned from having broken into the system, fallen out for many years, and then broken back in again, reading many proposals along the way.

Key lessons for getting your  own unicorn

Shop well, before you start writing: Talk to colleagues and collaborators you trust about your idea and how best to pitch it before you commit a single word to the page. If you can’t get people interested in your idea with a short chat, you are probably completely wasting your time on a longer proposal. Try pitching it in different strokes to different folks. Make sure some are outside your sub-specialty, otherwise the rose-tinted glasses effect might deceive you.

Aim high but have strong near-field targets: This is a middle-ground prospect, so I’ll start with the edges. On one side you have proposals that are highly visionary and ambitious, but totally unrealistic as everything proposed cannot possibly be done. The claims are grandiose and the feasibility is low. On the other side are proposals with goals that are realistically doable but the vision is weak and not compelling in impact. The spectrum can be tied to researcher confidence. I was pumping out the former when I was a cocky young postdoc who foolishly believed I could do anything. I flipped after a few years of being an independent fellow and realising how slow progress can really be with low resources and small teams. Years of not being able to live up to your own lofty expectations can shatter your confidence and shrink your ambition.

The skill is finding the middle ground. You need ambition to make your project compelling. You also need sensible outcomes to not be a snake oil salesperson. Think carefully about where to set these – they really matter. If you get this wrong, you will be wasting all your work.

The 80/20 rule: 80% of your focus in writing your project description should be on the first 20% of the text. This means the first two pages for the 10 pages that are typically asked for in Australian major grant applications. The front end needs to be carefully crafted to be clear, engaging and very easy to read. It should ‘sing like a bird’. If it doesn’t, you’ve got Buckley’s chance that a reader will keep reading further with serious intent. Assessors have short attention spans for unengaging text. The first and second pages are also what’s most often returned to when a reader needs to remind themselves of the proposal.

The Nordic Interior Design Rule: You’ve all seen those snooty home design magazines full of open bright rooms with minimalist furniture and nice art on the wall. What you never see is a shabby looking cottage, stuffed to the brim with useless furniture and trinkets and rubbish. Yet, so many proposals resemble the latter. The best proposals have plenty of white space on the page, stick to the essentials, and have a nice purposeful picture on the first page (great mental mnemonic for a panel reader). The worst are an endless, intimidating text-wall.

The 8 and 2 rule: No paragraph is longer than 8 lines. No sentence is longer than 2 lines. Cut ruthlessly. Keep all sentences short. Use your sentences to build a trail of logic. In the movie ET, Elliot leaves a trail of Reese’s Pieces for ET to follow. Your sentences should be like that trail of Reece’s Pieces, rather than a single solid block of chocolate. I occasionally break the 2 line sentence rule. When I do, the contrast means that the long sentence is more effective and good for highlighting a point. When every sentence is long, you lose that.

Narrative is king: Talk to your reader as a person, tell them an engaging story. They are inevitably busy, tired, distracted, wishing they were doing something else instead. You need to make them want to read your application. Help them do so. Lead them through the figures, don’t just dump them. Walk them through the sections. Sometimes, a simple sentence like: “Here we explain Concept X, it underpins the experiment we propose in Section Y because…” makes a huge difference compared to just changing the topic and expecting that the reader will magically see the point and/or connections. Try to use active voice and first person over passive voice and third person impersonal, it makes you come off as an active part of the project. Read lots of novels, learn how to suck readers into a story like the best writers do.

Why are we so afraid to write questions instead of statements? The rhetorical question can be a powerful tool when deployed well. Scientists are far more engaged by interesting questions than they are by statements. You can say the same thing both ways, but they get received differently by a reader. If you don’t pose questions in your proposal, you are less likely to get comments like ‘The proposal addresses a really good question’. As we all come to learn in science, the game is often more about choosing the questions than getting the answers. Don’t overdo it. Like all good tools, less is more; infrequent use helps keep the edge sharp.

Burn your thesaurus: Two common hallmarks of emerging scientists as writers are overly long sentences and overly long words. Somehow, there’s a perception that now you have a PhD, you can no longer write all, like, unsophisticated and stuff, y’know. The result? It is interesting to note that all these simple words get replaced with endless esoterica enthusiastically excavated from an expensive thesaurus. For example, things aren’t ‘used’, they ‘get utilised’. Things aren’t ‘easy’, they’re ‘facile’. Six words that add absolutely nothing are dumped at the front of the sentence for no good reason. The same essential thing appears twice in one sentence. Do not do these things. They just increase the mental effort of reading. Getting funded is not a big word contest. It’s about conveying ideas effectively and engagingly. This is best done with simple words and short sentences. Edit ruthlessly.

Keep it as simple as you can: You will be surprised how easy it is to confuse even experts in your field with deep technical detail. Less expert readers will have no hope. The most important readers will not be remotely expert in your field. If you drown them in detail, you’re finished (n.b. I noted earlier that some silverbacks can get away with this; don’t be fooled that you can pull it off too. Sadly, the rules are different for them). Always ask yourself whether a detail is really necessary. Same for any equation.

Beware of polishing turds: Years of drought taught me to not get fooled by near-misses. Many would take a near-miss as a sign that a little more refinement will get you funded. Your colleagues and even some internal grant schemes will encourage this (the latter will be the subject of a future post on my blog – internal grant schemes are good and vital, just badly directed). I think revise and resubmit rarely works. Instances where a resubmit does cross the line, it’s either randomness at the funding line edge or track-record-driven rather than project-driven.

What’s more likely is that you waste years sitting just below the line getting near-misses. The reason is that the funded ‘band’ is very narrow so only the top proposals get in. The near-miss band is very wide so a vast raft of proposals fit here. Thinking about this from a physics-style ‘density of states’ perspective, the low energy solution (revise and resubmit) will usually end up with you still in that fat near-miss tail. It’s just a different state in a huge density of possible near-miss states. You need a big jump to access the small number of higher states in the funding band – that often only comes from throwing a near-miss away and working on a much better idea and/or a stronger research team, or ideally both.