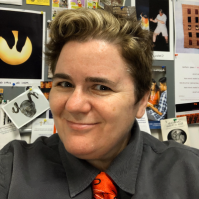 Sandy is Deputy Head of the School of Creative Industries at the University of the Sunshine Coast, and part of the team at the national social media platform: IndigenousX.

For 27 years, they have taught and researched across gender and sexuality, the body, performance, design and First Nations’ representation, and hold a practice-focused PhD across these intersecting areas. 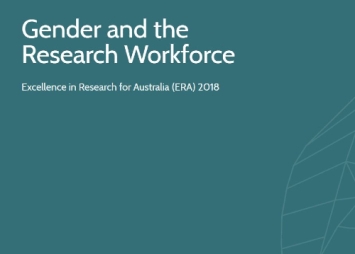 While it appropriately positions the need for direct action in providing support to increase the national participation rates of female researchers, there’s an entire group of researchers missing from the analysis, graphs, and the resolutions of gender parity announced on the 10th of October by the Minister for Education.

For ten years, the Australian Research Council has used a tool connecting researcher, research and institution, in the measurement of Excellence in Research for Australia (ERA). Their reporting on gender found in this week’s report is derived entirely from the data gathered in ERA.

ERA aims to identify and promote excellence across the full spectrum of research activity, including both discovery and applied research, within Australian higher education institutions.

ERA has aided the sector in understanding the demographics, influence and reach of those research contributions, with the analysis in this week’s report clearly recognising the need to increase opportunities for women engaged in research.

As a response to the report, the Minister for Education, Hon Dan Tehan MP and Melissa McIntosh MP announced support measures for greater participation by women. This included the appointment of Australian Laureate Fellows, Professor Belinda Medlyn (WSU) and Professor Lynette Russell (Monash) – both exemplary researchers and champions in the participation of women in research – to ‘act as ambassadors to promote up-and-coming women in research’.

This is great news for women, for research, and for society in general. We need greater participation by researchers who are women, and this report and the ministerial announcements go some way to acknowledging and addressing this. However, in the same report, researchers who do not identify within the gender binary have no clear representation, and no opportunity for meaningful measurement, response or supported action.

So, who is missing from the review, and what does this mean for ensuring gender equity?

From 2015, ERA used male, female and other as gender markers, with M, F and X representing these categories across subsequent ERA reporting.

Other/X was intended to support two categories acknowledged by the ARC, and the Australian Govt at large: intersex/indeterminate and unspecified. While ‘unspecified’ can be a problematic term for someone who is non-binary or gender-diverse, the ARC requires it under the Australian Government Guidelines on the Recognition of Sex and Gender. Other is used by ERA as the resolving category that captures groups outside of the gender binary of male/female. Under ERA, their gender(s) are exclusively captured in this marker.

The analysis of this third group is light, and there is no effort in the gender report or in the ministerial announcement to identify what happens for researchers who reside within this gender assignation. As a footnote to every chart and piece of analysis in the report, none of which includes researchers within the X gender marker, there is a footnote that reads: ‘40 staff were reported as X in 2018, and 101 in 2015. These do not appear on the chart due to the scale’. They do, however, appear as real numbers across each field of research, and the story that this part of the data tells is worth understanding.  It provides detail on the precarity of these researchers with a substantially greater percentage of those X-identifying not on a fixed term or ongoing contracts, when compared with their female and male counterparts.  It also tells their isolation in numbers across their fields of research.

One of the key issues is found in the way that the low numbers are reported. In spite of the reporting of 101 in the X column of the 2015 ERA, the State of Australian University Research 2015–16: Volume 1 ERA National Report indicates that ‘(o)nly 15.8 FTE Staff were reported as ‘other’ by institutions, these do not appear on the chart due to scale (p.80)’. It is possible that since headcount and FTE are not the same, that this disparity is because of a percentage of FTE against headcount, but even that disparity needs some investigation as it is substantially higher than their gender-binary counterparts.

If it is accurate, then it also indicates a substantial headcount (individual researcher) from 101 in 2015 to 40 in 2018 that must represent an extremely low and decreasing FTE. If gender-X researchers become a ‘rounding error’ that simply requires a footnote, then there is also no need to attend to the future of those researchers and there may be a distinct advantage to not reporting accurately your gender, at a time when an increasing number of people are moving to report a gender outside of the binary.

If you work in a space where your ERA contribution matters, and your profile is not captured, that also represents a risk to the institution. Will institutions decide that this is a risk they are willing to take in appointing gender-diverse researchers?

Without accuracy or care to analyse these statistics and this group, there is a clear failure to address a fundamental function of parity within the gender report and across the ministerial statements out this week. But what if the remit of the appointed ambassadors was to support women and gender-diverse people or at least to recommend how the ARC/ERA might do this? What if the ARC gave attention to the researchers behind the statistics, what if it assisted in challenging and leading these understandings in the way that it has for women across the gender report? What if their gender report was, in a fulsome way, about gender and gender-diversity and not only the gender-binary?

Female researchers would not be disadvantaged by this in any way, it does not detract from the important work that needs to be done to ensure parity. But if we leave one group out of every decision and every opportunity, and we fail to see areas where that group requires support and inclusion, we will never truly address gender equity in research in Australia.