Networking and other academic hobbies 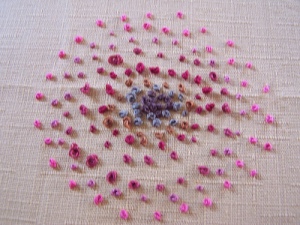 I’ve always cringed at the thought of ‘networking’ because of the oily images it created. It seemed like a swag of obligation and obsequiousness, self-promotion and having to be aggressively social.

It didn’t sound like anybody I wanted to know, let alone be.

Most of my peers also cringed at the idea of networking, though we were all told at various times by various academics that it is important and necessary.

In the course of doing my Masters, Phd, and two research fellowships since that time, I have come around to the idea because I discovered several things:

A successful networker is responsive, active, dependable, and has initiative. Networking means building a web of research colleagues who may be in the next office, the campus across town, interstate, or overseas. It could be done at conferences, through social networking sites and mailing lists, in university corridors, or on Hawai’ian surfing beaches. The latter is not entirely frivolous: discussing possible projects with high profile academics in board-shorts was more effective than button-holing them after their panels, and trying to get serious consideration in a crowd of 30+ people. Timing is crucial.

I never sat down and worked out how to build an academic profile; I just got involved with things that interested me. I couldn’t imagine myself in a professional academic role until I was actually in one. The longer I was in the university system, the clearer it became that the academic network operates on more levels than I would care to admit, and it is embedded whether I want to acknowledge it or not.

Phil Agre, author of “Networking on the Network”, has a phrase which resonated particularly for me: “cultivate a realistic awareness of power.” This doesn’t mean buying into power-plays or manipulation, but it does mean waking up to the prosaic processes of maintaining professional relationships and a key place in your field of study. It’s not all about who you know, but if you don’t know anyone (and they don’t know you), then you’re behind the eight-ball when it comes to applying for academic jobs, grants, getting published, and everything else that goes to make up a research career. Given all that, I didn’t change the way I did things all that much, except to be more calculated about how much time I gave to projects and weighing up whether the outcomes would be worthwhile. It always has to be a project I believe in, and must involve people I want to (and can) work with; I’m less likely to say yes to something just because someone asked me. If there is a particular institution or resource you want to get closer to, you’d be silly not to cultivate colleagues in those areas.

Similarly, however, if you are not sure where you’re headed or what you ultimately want to do, make sure you’re building many bridges. Someone once said to me that you should never burn bridges in academia because it’s such a small world. You never know when that person you’ve ostracised, criticised, or offended will end up in a position to make your life difficult. They may be one of your grant assessors, on an interview panel, a referee for one of your articles or book proposals, or your next Head of Department.

The first lesson in building a profile is getting involved and participating in professional associations, conferences, and various groups (electronic and otherwise). That is, saying “yes” to a range of offers and opportunities. This includes applying for things like travel grants, seed-funding for new projects, and publication prizes where, if you are successful, the material outcomes are funding for travel, project funding, or publication, and the professional outcomes are wider, stronger networks, and a shiny line in your CV.

That said, the second lesson is knowing when your time is fully committed; that is, learning to say “No.” It is much better to be known as someone who will deliver when they take something on, than to be involved in everything, then not following through. I have overcommitted myself on many occasions, then flogged myself to finish everything on time. This is not a recommended strategy if you want a decent quality of life. Saying “No” to selected opportunities does not diminish the number of prospects you are offered. Others have said this to me before, but I never believed them until years later. Once people get to know you and how good your work is, it’s surprising how long you stay on their radar.

The third and last lesson isn’t a lesson as such; it’s an acknowledgement that a fair number of academic wins are down to pure LUCK. My first book contract came about because, as a new postdoc, I had coffee with a professorial colleague. When he heard that I had – more or less – a manuscript ready to go (i.e. my PhD thesis, tweaked), he name-dropped me to a new commissioning editor at an international university press who was looking for new material in my field. I couldn’t have set that up if I’d tried! The coffee also led to guest-editing a peak journal and helping convene an international conference; it was certainly a case of being in the right place at the right time. The lesson here is, perhaps, being open to opportunities whenever they might turn up.

No successful academic remains in a vacuum. It’s up to you how much you want to play the game, but just don’t pretend that there isn’t one.

Don’t be afraid of getting out there. When done well, networking isn’t hard work; it’s a lot of fun.